In summary Raspberry Pi as: 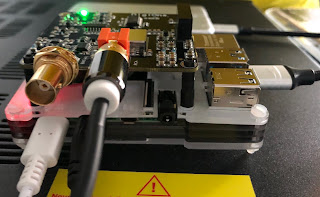 To be able to do all of the above, I think it is better to keep the original Raspbian distribution.

For achieving this I have installed Samba Server: