I have released simple implementations of Multi-KUKA Proximal Policy Optimization (PPO) using PyTorch, PyBullet and OpenAI Gym. The number of parallel environments can be set to any number. By default, it is set to be twice the number of available CPU threads. The code can be found here.

Mehrdad R. Kermani and I published the details of the KUI software in CIRP Journal of Manufacturing Science and Technology, “An Integration Platform for Multiple Modules and Kuka Robots,” (Access).

I have Released the code!
GitHub Link: https://github.com/mahyaret/KUKA-UI

Our KUKA LWR IV hit its table very hard and one of the joints stopped moving afterward. The defected joint was wobbling as the following video shows:

My friend Nik and I opened the defected joint. Motor/brake screws got loose in their positions. The screws and threads looked fine so we fastened them tightly and assembled back everything and done! everything’s working ;) 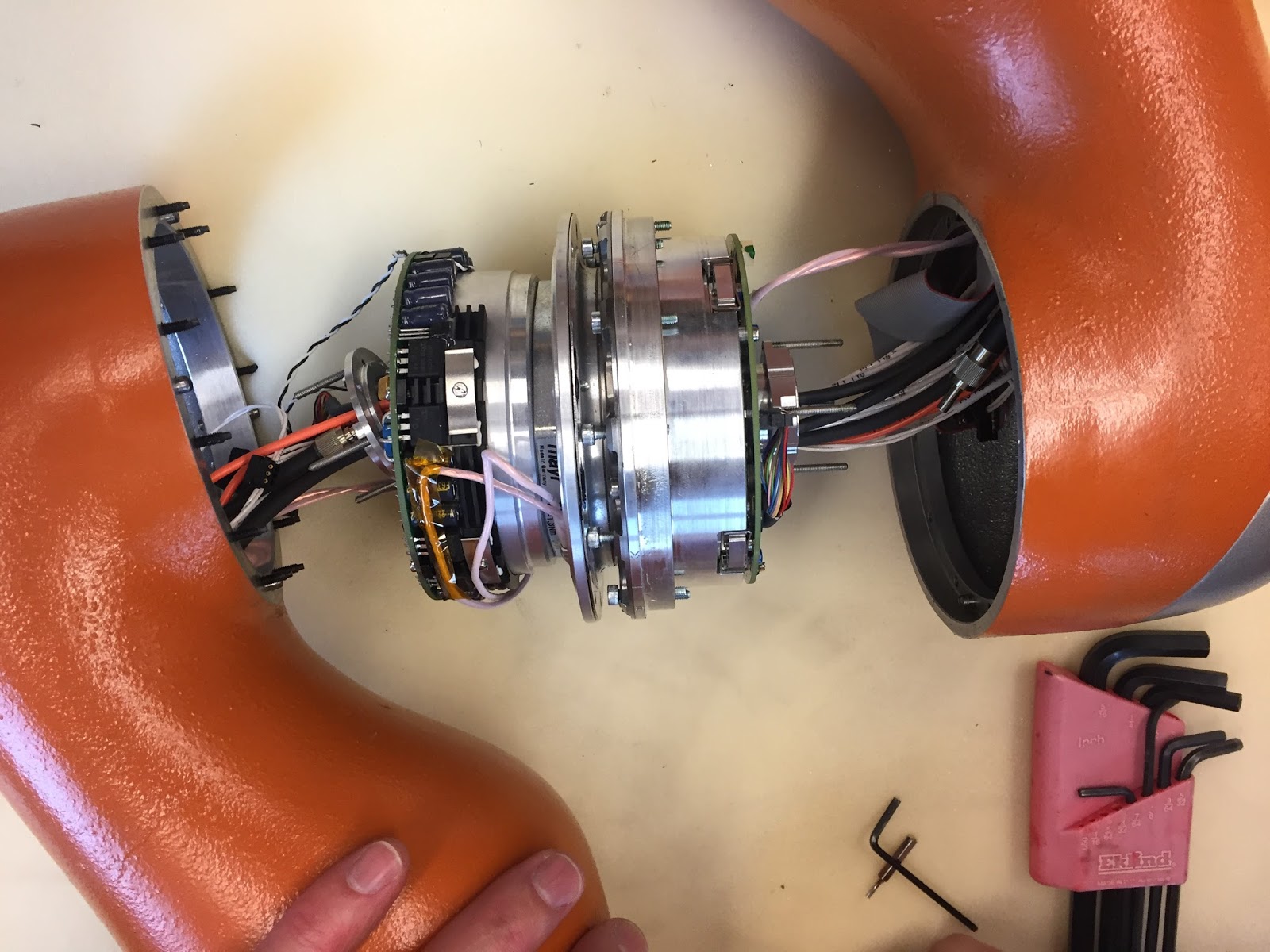