Why using OpenAI Spinning Up?

Reinforcement learning results are tricky to reproduce: performance is very noisy, algorithms have many moving parts which allow for subtle bugs, and many papers don’t report all the required tricks. With code bases like OpenAI Baselines or OpenAI Spinning Up, researchers can spend less time implementing preexisting algorithms and more time designing new ones. I think the best educational resource for deep reinforcement learning (deep RL) can be found here which is produced by OpenAI.

This module contains a variety of helpful resources, including:

In this post, I will explain how to use the algorithms in this module for the Franka Emika Panda robot environment that we have developed using PyBullet in part two. Pleas note that this is not a Reinforcement Learning tutorial and it’s only for familiarization with PyBullet and Gym. Here I will describe how PyBullet and Gym can interact and how to use Gym Wrappers.

as a recap this is how you obtain the code for gym-panda. You can simply install gym-panda using pip:

or you can build it from Source:

The observation signals are as follows:

Spinning Up requires Python3, OpenAI Gym, and OpenMPI. Spinning Up is currently only supported on Linux and OSX. Here, I only mention the process for Debian/Ubuntu for the detailed installation process please refer to here.

In this post, I am going to play with the environment using Proximal Policy Optimization (PPO). All core deep RL algorithms are implemented in the Spinning Up package to reflect useful progressions of ideas from the recent history of the field to state of the art. PPO, in particular is close to state of the art on reliability and sample efficiency among policy-learning algorithms. It also exposes some of the trade-offs that get made in designing and using algorithms in deep RL. A great introduction to RL Algorithms can be found here.

The key idea underlying policy gradients is to push up the probabilities of actions that lead to higher return, and push down the probabilities of actions that lead to lower return, until you arrive at the optimal policy. PPO provides a way to reuse the states and actions that we already observed and performed. However, there is a problem in reusing, since you want your gradient-based method moves toward the optimal point of the current policy, not some old policy you already obtained by your previous experiences. But what if the old and current policies are so similar that we can reuse them in optimizing a Surrogate function which also eventually leads us to an optimal policy. As I said before, this is not a RL tutorial and here we don’t care if our solution actually solves the environment.

There are cases that you may want to extend the environment’s functionality. For instance, an environment gives you raw RGB image and you want to change it to gray-scale image. There are many similar situations that you may want to “wrap” the existing environment and add customized functionality. Gym provides a convenient framework for these situations – the Wrapper class. There are different wrapper classes that can be used:

Spinning Up in Franka Emika Panda

Now that these introductions are out of the way let’s modify our environment and apply Spinning Up PPO on it. As you saw in the last two post: Part 1 and Part 2, we had to include libraries necessary for PyBullet and interacting with the environment as follows:

As PyTorch requires different order of channel, width, and height for image input we define another ObservationWrapper class ImageToPyTorch. In this class we make the image compatible with the PyTorch requirement.

There are cases that you may want to make the environment a little bit easier to solve. For instance, it is safe to assume that you always want to move toward the bin in the \(Z-axis\) direction. In that case, you need to modify the environment using the ActionWrapper. Here we defined such wrapper class, MoveTowardZ.

Now we can define our Gym environment and wrap it with the wrapper classes that we defined:

We can illustrate the observation of our environment: 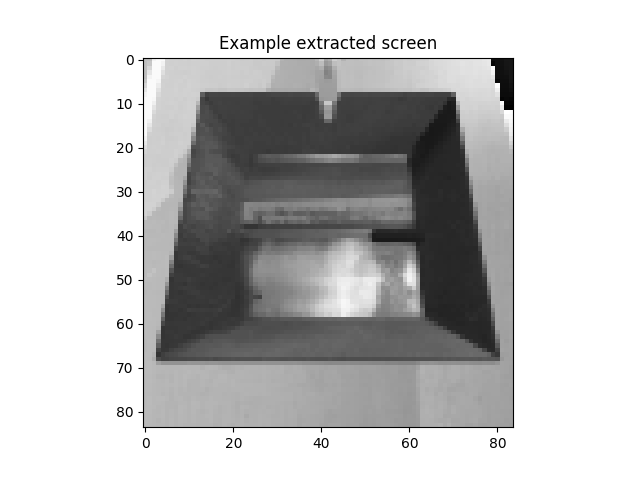 Ok now we are ready to apply the Spinning Up PPO. As mentioned in the OpenAI Spinning Up documentation:

They [algorithms] are all implemented with MLP (non-recurrent) actor-critics, making them suitable for fully-observed, non-image-based RL environments, e.g. the Gym Mujoco environments.

I had to add the Convolutional Neural Network (pretrained ResNet) to their implementation. That is why in the beginning , I used my fork of Spinning Up to install it. For Applying PPO to our environment we can:

Running the algorithm may not be able to solve the Panda environment, but my main purpose was to show how to use PyBullet for a Gym environment, and also how to modify it if needed.